Keeping it in the Family

For many family members in the lighthouse service, the bond made with that flashing light was forged at birth. For some the lightkeeping tradition even stretches as far back as 1803.

Daughter and wife of a lightkeeper Elsie J. Nelson was born at Minehead Lighthouse, County Wexford, where her father was stationed at the time. While lightkeeper Bill Scanlan, the son and grandson of a lightkeeper, was born at Galley Head Lighthouse, County Cork. Taking your first steps surrounded by the sea and experiencing family life shaped by your father’s duties, meant that children grew up with superb seafaring sensibilities.

Living at a working lighthouse also meant that for safety’s sake, this array of skills and maritime knowledge was learned young. From learning semaphore and morse code, to understanding weather patterns and citing sailor’s sayings – A sharp rise after a sudden fall, you’re bound to have another squall – a childhood at a lighthouse saw you in good stead for the lightkeeping profession itself. 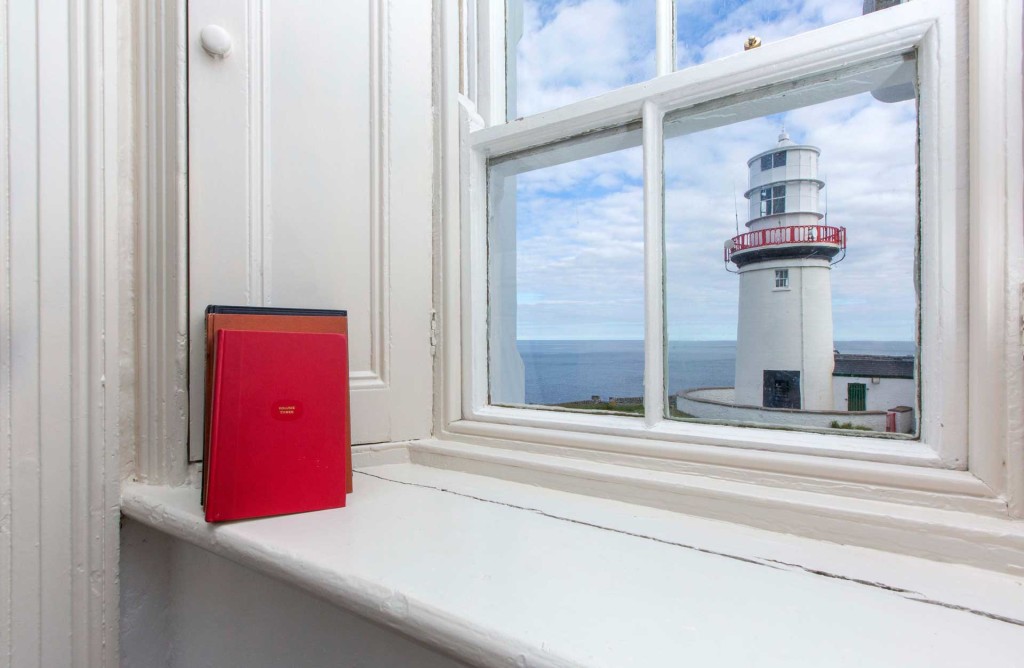 Róisín O’Sullivan grew up at what’s now one of Wexford’s best tourist attractions: “I was born when my father was stationed at Hook Lighthouse, we lived in a little dwelling built onto the side of the tower with my older brother and sister who were born when my dad worked offshore on another station. It was very normal back then to have a lighthouse keeper for a dad, but people sometimes don’t believe me when I tell them that Hook Lighthouse was my first home, as thousands now visit it as a huge tourist attraction!”

“I have great memories of my early years living there, it was a wonderful magical place to live.”

Eibhlin Moynihan Wickham describes how “Lighthouse children had a unique life… It was only at land-based stations that the families were together. On an offshore [one] dad was on the lighthouse and mam and children [lived] at the shore dwellings. Not many children can say they went to sleep every night with the beam from the lantern lens passing their bedroom window, rotating in a constant rhythm.”

Another lighthouse daughter, Aoife Hennessy’s father was the keeper of Loop Head, “getting to climb to the steps of the lighthouse to turn the lights on was such a great feeling as a child.” 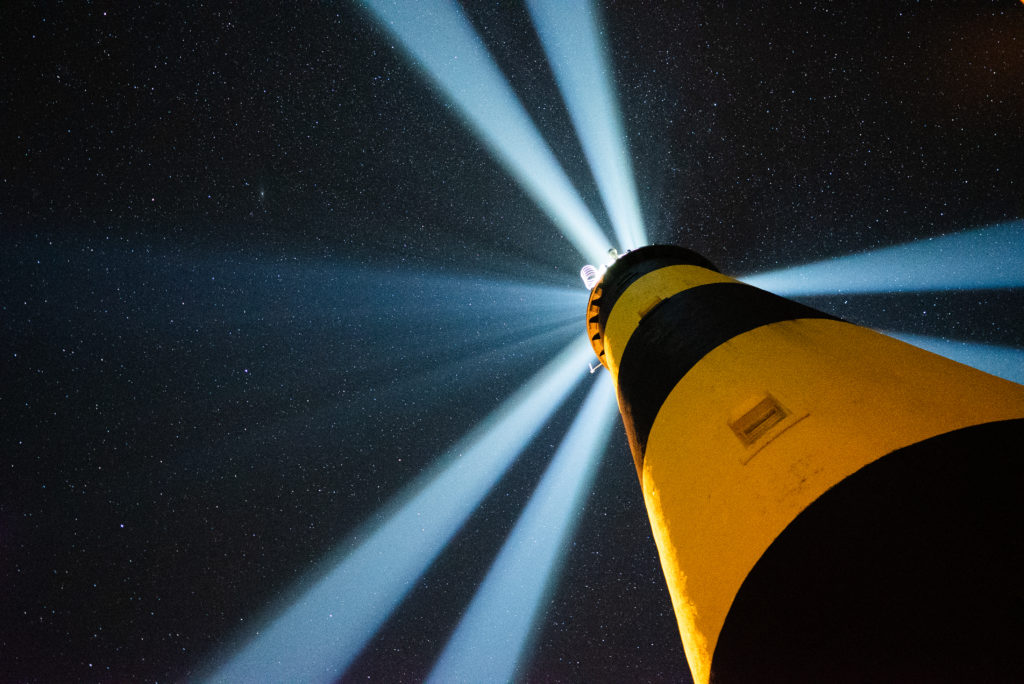 When it came to retirement, a keeper often had a string of sons or nephews ready and willing to take over the family business. Willie O’Donnell, Temporary Keeper at Inishowen Lighthouse took over from his uncle James O’Donnell who had been doing the job for an astonishing 60 years. At the ripe age of 85, James O’Donnell had understandably gotten too stiff to go up the tower and put on the light. Willie was just 17 when he took over from his elderly uncle and devoted his life to the light until he retired at 75. 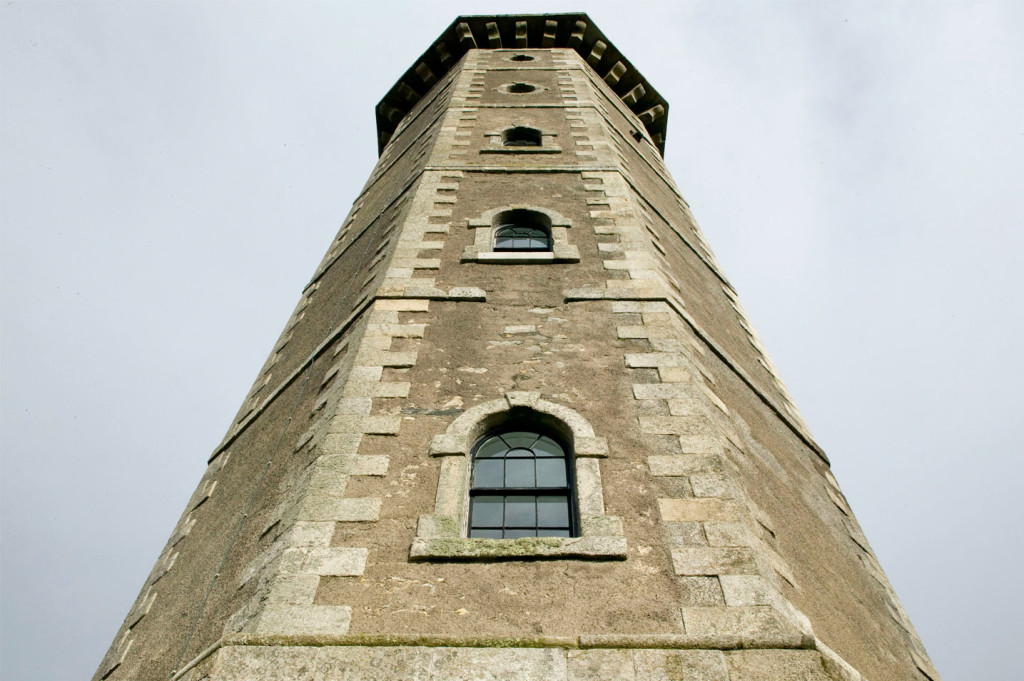 Wicklow Head, 109 steps from the bottom to the top!

Of course the daughters of lightkeepers could carry on the tradition too. Pauline Butler’s father Edmund Fitzgerald began his lightkeeping service in 1923, and in 1969 Pauline became Female Assistant Keeper at Galley Head:

“Galley Head was electrified in 1969 and when the assistant keeper was transferred I was appointed female assistant keeper. We were never lonely there. I never found any lighthouse lonely, there’s a romanticism about lighthouses and I think all the children loved growing up there. It was an exciting place but with a car, we never felt remote”.

Married to lightkeeper Larry Butler, two of Pauline and Larry’s 15 children kept it in the family and became lightkeepers too.

Although the lighthouses are now automated and we no longer have keepers, the family connection with the lighthouse landscape continues. Liam McFaul, whose family are synonymous with Rathlin West Light, is a warden at the island’s stunning RSBP bird sanctuary. While Gerald Butler, former Attendant Keeper and son of Pauline and Larry, is now caretaker of Galley Head and has written about the lightkeeping life too.

A unique way of life that fostered a special love of the lighthouse and the sea, these families hold dear the history and tradition of tending the light.

Take a trip to one of the lighthouses and discover for yourself the captivating effect of these shining beacons.